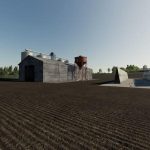 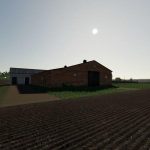 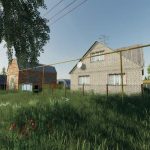 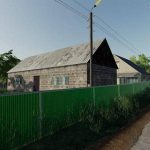 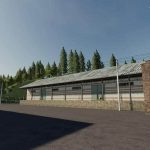 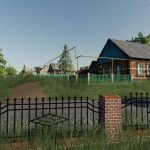 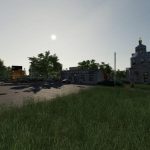 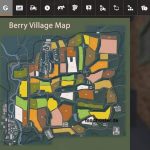 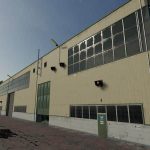 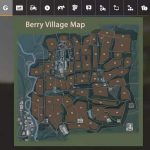 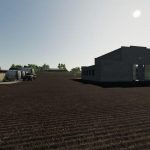 65 fields on the map

Version 2.4.7
– Added new crops – carrots, onions, rye, bread, refined grains, cereal waste, compost, bran, sugar, flour, pellets;
– 6 productions added to the map, but they are bought separately
– Production of flour, pellets, compost, grain cleaning, seed production, feed for pigs;
– More plots appeared on the map due to the crushing of large plots;
– Garages, warehouses (except for the granary, and vegetable stores) are now bought together with the plots, and are also sold;
– Added another base with garages and workshop;
– Map optimization – You have to check it and write if errors occur;
– Installed additional sounds.
– Many different fixes.

Need to start a new game!
The downloaded archive must be unpacked, the pack contains a map, a pack of objects (there is also a fuel selling point), and sugar production.

Changed in 2.0.0.1:
1. BGA is now working, but it is necessary to buy a plot (in order not to spoil your saving plot for BGA attached to the adjacent one), the price of the plot is 770 thousand.
2. Corrected textures on some buildings.
3. A collision was made on some buildings.
4. At the point of sale of KFH Larin, added columns indicating the trigger (the trigger itself is expanded)
5. Fixed moving to the cereal plant
6. Transplanted some trees located on the roads.
7. Straw sales trigger adjusted at livestock complex.
8. Other minor fixes.