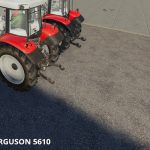 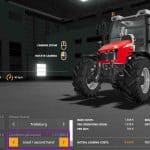 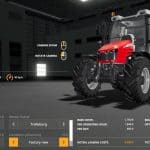 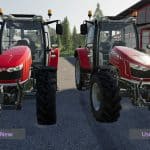 Great news! The local dealership has announced that they will finally begin trading in used vehicles. They will scout the nearby areas for good deals on used high quality gear in good mechanical condition and sell them through the store.

From now on the choice is yours, either you prefer to go for brand new shiny gear or you rather save some money by getting a reasonable price on a used but well functioning piece of equipment.

Most equipment can be bought as used. They will most likely be somewhat dirty and for sure have a fair amount of hours under the hood (if there is any hood that is). When you buy used equipment it is advised to give it a thorough greaseup and overall look at the mechanics to make sure everything is in good working order, the equipment has been used after all.

MOD DETAILS:
– Works best with Seasons
– You choose if you want to buy new or used equipment as a “configuration” option when purchasing equipment
– New equipment is selected by default and will have the default store price (as set by the basegame or equipment mod)
– Used equipment will (for now) have a fixed discount and will have a fixed amount of age, wear and operating time (this will change in an upcoming update)
– The visual wear on the machine can differ between different items, especially some machines from the basegame have very subtle wear textures (while some mods on the other hand has quite distinct wear textures)
– The in-game operational hours when not using Seasons does not really reflect the intended level of real life usage on the machine (for immersion/role-play you can think of this value multiplied with 100 to get a more realistic figure)
– Please note: It is currently -technically possible- (but not intentional) to lease used equipment, use it at your own discretion (hopefully I can sort this out until next release)
– This mod officialy supports Seasons and multiplayer, and is tested with (but not guaranteed to work with) Manure System, Global Company, Def Pack, Easy Dev Commands, Lumber Jack & Enchanced Vehicle

Final note: This is a standalone feature that does not require TidyShop, however as the name suggest they are designed to work well together and they are part of a “series” of mods.