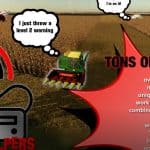 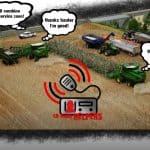 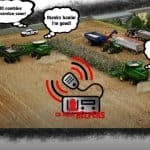 Get some CB radio chatter from your helpers! Instead of helpers just popping into their vehicle, you’ll get alerted with an audio “CB” shout out.

Over 200 samples (and growing)!
Know when helpers have started, get blocked or have completed a task.
“ride along” greetings if you tab into a helper’s vehicle
Multiple voicing scripts help make the CB chatter non-repetitive
Supports male and female voices
Helpers have names (not just A, B, etc)
Hourly alerts
Weather alerts
Sunrise/Sunset alerts
Works with Courseplay

NOTE:
the CB audio is in English with some initial work in German and French. More language packs to come.
DO NOT use with the FS22_HelperNameHelper mod. it is changing the helper ID issued from the GIANTS engine, creating issues with the role/gender voicing logic in this mod