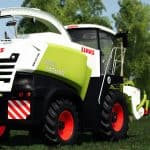 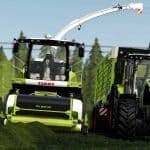 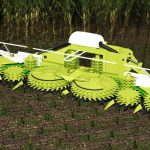 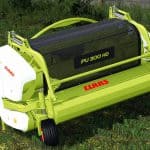 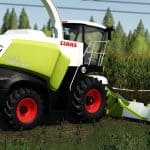 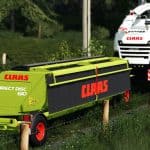 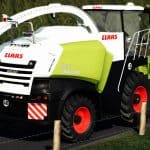 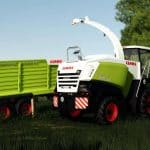 Version 1.0.1.0
Updatetime after a long time I decided to put this on the DL
The chopper got some configs Thanks again to Ifko [nator] for releasing the script.
The chopper can also be used as normal on other cards for chopping, but it also chops straw, but only on the cards prepared for it and if this is configured in the shop.
Card on which the chopper is installed Hinterkaifeck
furthermore the threshingFlowIndicator script is installed which can be configured in the shop, if this is not configured it is like the standard then the script is not active.
if someone likes to support us THANKS
It is not allowed to upload the mod again, please use the original link

Hello today I am providing you with my Jaguar 800 Pack.

First, unfortunately, the modder MB3D modeling that built the Jaguar in the 17er was not available, so after a long struggle I decided the Jaguar
to the DL, if the said modder sees this, please contact me for approval. Thank you

Pack consists of the following devices:
Claas Jaguar 800 in the versions 840, 850, 860, 870
Orbis 750 maize header working width 7.50 m
Direct Disc 610 in 3 versions standard, one that can only cut grass and one for wheat, barley, soybeans, oats and rapeseed (idea from a team member)
Chop the Pickup 300 HD into a swath
Cutting unit carriage for transporting the Direct Disc 610 cutting unit ATTENTION Cutting unit must be fastened with tension belts
So now for the creation of the mod since I did not find a beautiful Jaguar in the 19er (only MB bombs) I decided to convert one myself and got myself
snapped the 17 800 Jaguar from the Modhub.
Jaguar and the Orbis are converted from the 17 series but completely revised to the LS 19 texture system as well as the XML are on the 19 series.
The direct disc, the pickup and the cutting unit carriage are all Krone devices from the game that have been adapted to the Claas design. By choosing a color
everyone is free to adapt the vehicles and equipment themselves.
The cutterbar carriage is a little cheaper because it broke a bit and you now have to attach the Direct Disc with tension belts.
Something about the Jaguar he has a configurable GPS which also shows and hides and with which Wopster also works together also has a function
PREREQUISITE the GPS Mod from Wobster is availableFS19_guidanceSteering. I also gave the Jaguar a swing axle.
The direct disc can be opened so that you can see inside it was edited in Maya.
In addition, some features are installed that you can discover for yourself.
If you don’t like the Jaguar Pack you don’t need to load it, I know that not everything corresponds to reality and the LS is still a game.